He trained in the Huguenot silversmithing tradition, acquiring a broad technical repertoire under Steve Wager, an Asprey’s silversmith of 25 years

In 2011 he was awarded a commendation for his technical ability by the Goldsmiths’ Company and, under their auspices, took up an apprenticeship with the celebrated silversmith Jocelyn Burton.

Hal has worked with a some of the most prestigious interior designers in the UK and the US. A solo exhibition was hosted for him by Colefax & Fowler at their showroom during London Craft Week 2017.

Devoted to maintaining and encouraging traditional skills he often incorporates other media in his pieces, and has worked with glass casters Jackson Fawkes on several pieces. Hal also has a collection available through www.whiteworksgroup.co.uk.

He is available for private commissions of every scale. 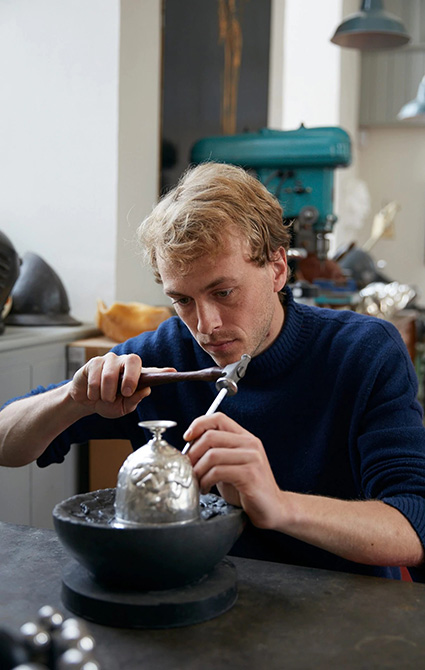